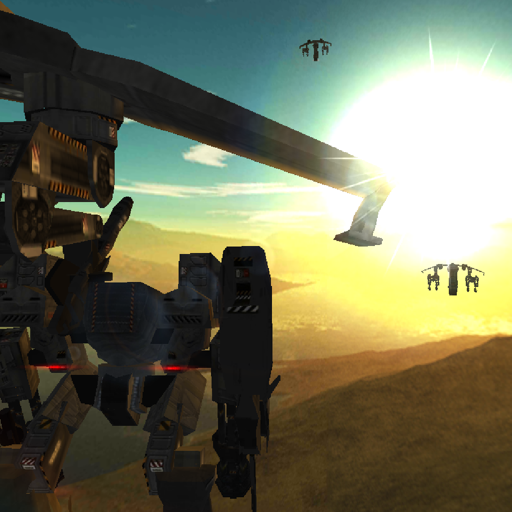 Immerse yourself in the new earth and ride APU to fight against enemies.

⋆ 15 hours long campaign games
- Watch other Ironpiercer officers' heroic deeds in action in this extensive story mode. Fight bugs and pirates for humanity. More campaigns are on their way.

⋆ Leader games to upload your highscore
- This is where you can show your pilot skills officially world wide. No talking, instant play whenever you are in the mood to cause some havoc.

⋆ Countless achievements to unlock
- It's also called a title because every achievement/trophy you earn, you get to use the name of achievement as your title to display under your name so that others can see.

⋆ Your own group to fight with and command realtime
- This was added with leader games in mind. Here, you need to consider with whom should you fight. Fellow APU pilots or tanks that can take some damages.

⋆ Easy control but hard to master
- Cheesy? well maybe. Looks complicated? not really! because with "Auto trigger", which fires bullets if you are just pointing at the target. You will learn more about it in Bootcamp by sergeant Kader. He's very nice.